Watch this space too 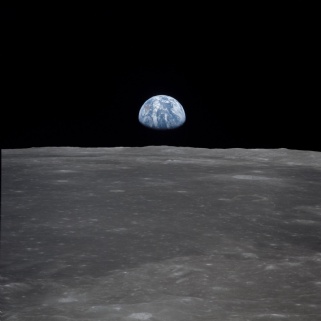 In Watch this Space, Jez Bennett explored how we might handle the coronavirus emergency through an application of change-management theory and lessons learned from the Apollo 13 mission.  Once initial shock and frustration have been overcome, what decisions might leaders need to take to ensure the right trajectory leads to a positive outcome?  Jez explores these questions with reference to the BBC World Service’s 13 Minutes to the Moon  podcast, written by Kevin Fong, Mark Rickards, Chris Browning and Andrew Luck-Baker, and presented by Kevin Fong.

Even in a time of significant challenge, successful leadership may require combinations of delegation and retention, subtlety and improvisation.  These antithetical qualities were necessary in NASA’s attempts to return the crew of Apollo 13 successfully to earth 50 years ago this week.  They also provide some insights into the decisions that school leaders might make over the coming few weeks in order to implement successful change, so that, when children return to school, their provision is stronger than ever.

Senior flight director Gene Kranz recognised that, in addition to the team tasked with communicating with and responding to the Apollo 13 crew’s current situation, he needed to plan strategically in order to anticipate what may lie ahead.  To do so he brought together a separate team, away from the direct flight control room.  Flight controller John Aaron and electrical engineer Jim Kelly were part of this team.

In the 13 Minutes to the Moon podcast Kevin Fong describes how Aaron interrupted Kranz’s speech, identifying the critical shortage of electrical power necessary to bring the craft safely home.  Kranz’s response was immediate – to delegate the responsibility to Aaron.  Aaron explains:

“Rather than having a whole huddle of committees...trying to get their version of what the power sequence should be, he appointed one man to manage that critical resource.  That’s a brilliant manoeuvre on his part and he did it in about 30 milliseconds.”

Kranz used his strategic planning team effectively to identify potential barriers to success.  He was prepared to listen to the advice from his team members, including those more junior colleagues, and was clear and direct in his delegation of responsibilities.

Retention - “What is the bare bone necessary thing that we really need to survive?”

Aaron describes the ongoing conversation between him, Kelly and various engineers as:

“the brokering between how much we have versus how much do you want and do you have to have it? It’s a classic way to do it.”

In this case the budget was for energy – the team needed to significantly reduce energy use in order to save vital reserves for the re-entry procedures.  Even apparently essential systems had their resources cut or completely removed.

This is not an unfamiliar problem for school leaders.  Financial constraints have led to many such conversations over the past few years.  In the current climate it might be helpful to consider which resources are the most important to retain.  Financial resources are always important, but so too might be leadership capacity, communication frequency, change fatigue or staff wellbeing.  What is really necessary for a successful outcome?

Even in this climate of critical energy conservation, Aaron and Kelly were prepared to be generous when necessary.

Subtlety - “We could speed this process up”

It became clear to the NASA team that, assuming everything went to plan, the spacecraft would splashdown in the Indian Ocean.  They calculated that, with a very subtle adjustment, they could alter the trajectory of the craft to ensure that it returned to earth 10 hours earlier and land in the Pacific Ocean where the crew might be more easily recovered.

The exact nature of this adjustment was again left to a young team of engineers.  Flight director Gerry Griffin explains:

“You’ve got to have a team like that in order to do this kind of thing.  Space flight is tough...Get the right people on it, motivate them, empower.  We had decisions in those days made at these very low levels.  Today...they elevate decisions to the higher levels...We made the decisions at the right level.”

Their solution was to use the lunar descent engine to accelerate the craft.  This would need to occur just after a position known as the pericynthion, which is the point at which Apollo 13 was closest to the moon and furthest from the earth.  At this point the spacecraft was travelling at its fastest, requiring least fuel to alter its course, but was also out of radio contact from headquarters.

NASA engineers might have decided to wait until they could be more certain of Apollo 13’s position before making these adjustments to its trajectory, perhaps just before re-entry.  Instead they decided to make subtle alterations at the furthest position, in order to ensure an improved final outcome.

Leaders may currently feel at their pericynthion, at the furthest distance from their standard daily experience and with limited effective communication.  Decisions made now may need to be subtle in order to ensure effective outcomes not just for children moving between phases this year, but also those of subsequent cohorts.  As Griffin states:

“When you go into deep space…you gotta think differently.”

During their return journey from the moon, the Apollo 13 crew encountered an unforeseen problem.  As the three astronauts spent several days in the lunar module designed for two for a much shorter time period, carbon dioxide levels from their expiration built up to a dangerous level.  The life support system was insufficient to remove this dangerous gas.  They would need to use the system from the command module for extra capacity.

The problem was that the two systems had been designed and built by different companies.  One used a filter with a round connection, the other with a square connection.  This was the perfect illustration of trying to fit a square peg in a round hole.  The team would be forced to improvise a solution from what they had available.

Improvisation did not come naturally to NASA, who relied on well-tested procedures and protocols.  Another young engineer, Ed Smylie, was tasked with leading a team to find a solution.  After a day or so of experimentation they developed a contraption using pages of discarded flight programmes and an old sock, which was duly built successfully by the crew.

As noted in the previous article, schools also rely heavily on well-established policies and procedures.  Improvisation such as this can lead to the development of protocols and systems that ensure problems are not repeated and practice is more efficient and effective.  As stated in the mission statement of 5 Dimensions Trust, schools are successful when they learn from their mistakes and understand that the differences between them make them stronger.  Improvisation can lead to excellence (see, for example, the story of The Musical Offering by J.S.Bach).

When asked about his contribution to this Apollo 13 problem, Smylie self-depreciatingly replied:

“It takes a lot of people to do something like that.”

Kranz’s team at NASA were young – mostly in their 20s and 30s.  This is another example of a moment where a high level of trust was placed in and responsibility delegated to a junior colleague.  Trust is a quality that is sometimes missing in leadership.  At this moment in our history, senior leaders might benefit from asking themselves:

Who are John Aaron, Jim Kelly and Ed Smylie in our organisation?  Are they trusted?  Do they know?

Quotations in this article are taken from the podcast 13 Minutes to the Moon.